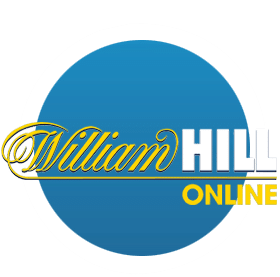 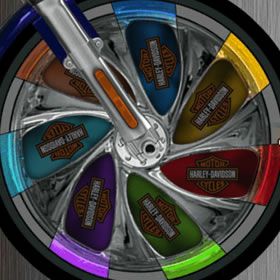 This is a fantastic scratch card/instant win game with enough gas in the tank to keep you motoring along for miles.

Start your engines and hit the open road with the Harley Davidson scratch card from Will Hill.

OK, let’s get real, this is just a branded scratch card, playing it will not turn you into a member of the Hells Angels! However, despite my early scepticism about this game – it turns out that the ‘Harley Davidson’ Scratch card is pretty good.

I suspected this game would be a more like riding down a bumpy road on a 50cc Kawasaki moped than cruising down the freeway on a Harley. I couldn’t have been more wrong. This is a fantastic scratch card/instant win game with enough gas in the tank to keep you motoring along for miles.

So what can you expect from this game? Firstly, this is not one game, but four. The card is split into four separate areas. Each area gives you a chance to win, and you can win multiple times on the same card too.

The first game is a mini version of the ‘Top Trumps’ card game. Your card has an RPM value, and it must exceed that of your rival’s to win. Game two is the ‘Find A Harley Motorcycle’ challenge. You’re shown four garage doors, click to open the garage and if you find a Harley behind the door – you win a cash prize. Game three is a ‘spin to win’ feature, where you get to spin a Harley wheel for cash. The final game is a standard ‘match three’ symbols to claim a prize. Just get three Harley bikes of the same colour to zoom off with the money.

So what kind of money can you win playing the ‘Harley Davidson’ scratch card? Well, if you’re lucky enough to scoop the top cash prize, you could buy seven limited edition Harley Road Glides (a total cost of £150,000). The minimum stake is £0.50p, and the largest is £10. The advertised RTP (return to player) ratio is 85%, that’s not the most generous rate. Typically scratch cards RTP at around 90% – 97% as a general rule.

On the whole, I enjoyed playing ‘Harley Davidson’. The split four-game card got me revved up. Nevertheless, the low RTP rate had me backfiring like a cheap Chinese moped. Personally, I wouldn’t play a card with a low RTP rate for a prolonged period – however, for a short burst, this card is a lot of fun.

You can play this scratch card game and many more like it at William Hill Casino – Joining is easy and only takes two minutes.

Where To Buy Online Scratch Cards
Scroll to top