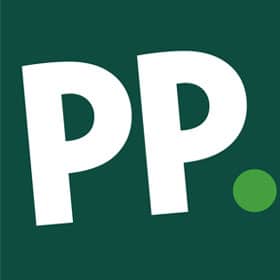 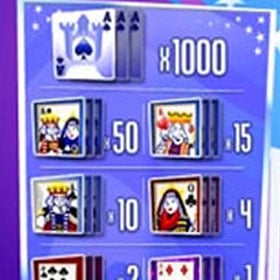 Play Your Cards Right is played with a regular 52 deck of cards where Ace’s are the highest cards. During the instant win game you will have the opportunity to swap cards you don’t like and win Jackpots.

Paddy Power likes to keep their customers happy and they offer their scratch card players a great selection of the most popular cards available. It’s no surprise that ‘Play Your Cards Right’, which is themed on the very popular classic tv show of the same name, is one of their most successful scratch card games.

The tv show was hosted by Bruce Forsyth and originally ran from 1980 – 1987 with a number of later revivals, the last series was broadcast in 2002. Based on an American show called ‘Card Sharks’, it was an instant hit with British viewers.

The game was played by couples who had to guess how many out of 100 surveyed people gave a particular answer to a question. After the first couple had decided on a number the second couple would have to guess if the actual number was higher or lower than the first guess.

Each team would then be dealt five cards, after the first card was revealed they would then have to guess if the following card would be of higher or lower value. The first couple to win two games then progressed to the next round.

During this final round they could win money with which they had to bet on the outcome of higher or lower cards. If they reached the final card with less than £4000 in the pot, they could choose to take the money or gamble the whole amount on the very last card.

The maximum amount which could be won during the game was £17,600, however the most a couple ever managed to win was £9,500.

The scratch card version follows the same format as the tv show, players have to guess if the next card to be revealed will be higher or lower than the last. The fact that it’s an easy to play game and players can play for pennies or pounds are a big part of it’s attraction.

Play Your Cards Right is played with a regular 52 deck of cards where Ace’s are the highest cards. During the instant win game you will have the opportunity to swap cards you don’t like and win Jackpots. The value of the Jackpots is based on your original bet and of course the bigger your bet the more valuable the jackpot will be.

Just like the classic gameshow, this scratch card version allows you to swap, stick and freeze your cards, if you win you don’t have to play to the end of the game, you can ‘cash out’ when you are happy with your prize pot.

Now is a good time to try Play Your Cards Right, Paddy Power are offering a welcome bonus to all new customers , claim your bonus money and see what the ‘dolly dealers’ have in store for you!

Play this scratch card and many more like it at Paddy Power Casino. Along with this scratchcard, they also have over 270 other great games to play.

New Customers from UK & IRL only. Deposits made with e-wallets not valid for this promo. Bonus wagering x35 on eligible games. Winnings from bonus capped at £/€500. Spins available after bonus is redeemed/lost. Opt in required. Full T&Cs apply. 18+ begambleaware.org. #ad. Please bet responsibly.

Who Wants To Be A Millionaire
Scroll to top